I’ve seen these units come up for sale used every once in a blue moon and was always curious about them. So when this popped up on CAM, I finally made the decision to try it out. I could only find one review of any sort for it so I figured I’d put some more info out there.

I’m at the point in my system where I have no desire to be changing out any equipment as I’m very content with the sound I have. It has taken years of swapping equipment to get to this point of satisfaction. But in saying that, I’ve recently been "tweaking" to achieve that last iota of happiness.

For example, I recently swapped all my interconnects from Audioquest Mackenzie’s to Take Five Audio custom made silver’s to bring a little more sparkle/bite/air to the highest registers of my Audio Note speakers. These cords brought that and more. What a huge difference in my system with this swap. There’s no going back for me.

I’ve also added SR Teslaplex receptacles which has a really nice synergy with my SET amp. I also added SR Blue fuses and Take Five Audio unshielded power cords in my pre and power amp. I haven’t put enough hours on the fuses to say what they’ve really added as of yet but I like what I’m hearing.

I stream through an Allo Digione streamer to a Chord 2Qute DAC and use Tidal Hi Fi 90% of the time. CD’s and vinyl make up the rest of my listening media. My main genres are modern Americana/Folk, blues and reggae/ska. But I’m not afraid of dance, country or hip hop when the mood strikes. Anyways, that’s a bit of background on my system.

In keeping up with my tweaking, as I moved over to all silver interconnects, I feel like I did lose a bit of that low end authority though.

The first thing I will say is I found I really needed to spend some time dialing this unit in. At first I was disappointed as I felt I’d lost sound stage depth and muddied things up. Initially you may not realize how much additional low end you are actually adding with this unit. I ended up with the 30-120hz frequency range at its lowest setting to keep things as clean as possible. And my Audio Notes play quite low on their own so it worked out very well.

Once I had the unit dialed in, the sound stage really popped back into place, not unlike when you’re adjusting the toe in/distance of your speakers to attain that perfect imaging/soundstage and you finally nail it. I always have that "aha!" moment when that happens.

I’ve used some half decent subs over the years with a number of speakers. (SVS SB 13 Ultra, JL Audio E110 etc) But in the end, I was never 100% satisfied with the overall integration, something was always missing or over extended somewhere. It was at that point that I stopped using separate subwoofers even if I had to sacrifice the lowest frequencies. I don’t appreciate when any clarity or frequencies are muddied up from the bass frequencies.

As I’ve mentioned, I’m very content with my main rig and these "tweaks" have increased my usable frequency ranges top and bottom while keeping and maximizing the sound I’ve worked so hard to achieve.

A nice thing about this unit is you’re not mixing and matching different drivers, amps, etc to gain or boost lower frequencies. It all runs through the same woofer to maintain a natural and cohesive sound. I also use my two channel system for movies and it’s really nice to have the adjustability of it.

In conclusion, the added extra dimension of low frequency reach and grip, lack of muddied frequencies, adjustability and price of the ASX 103 means I’ll be keeping it around. Blows away any separate subwoofer I’ve run before. If I had this unit combined with many of my previous speakers (including bookshelves), I may still have them around! It’s also impressive considering this isn’t even their most current model.

PS - This is my first Space Tech product and I have absolutely no affiliation with them. I’m also not quite sure how to get pics to show here. 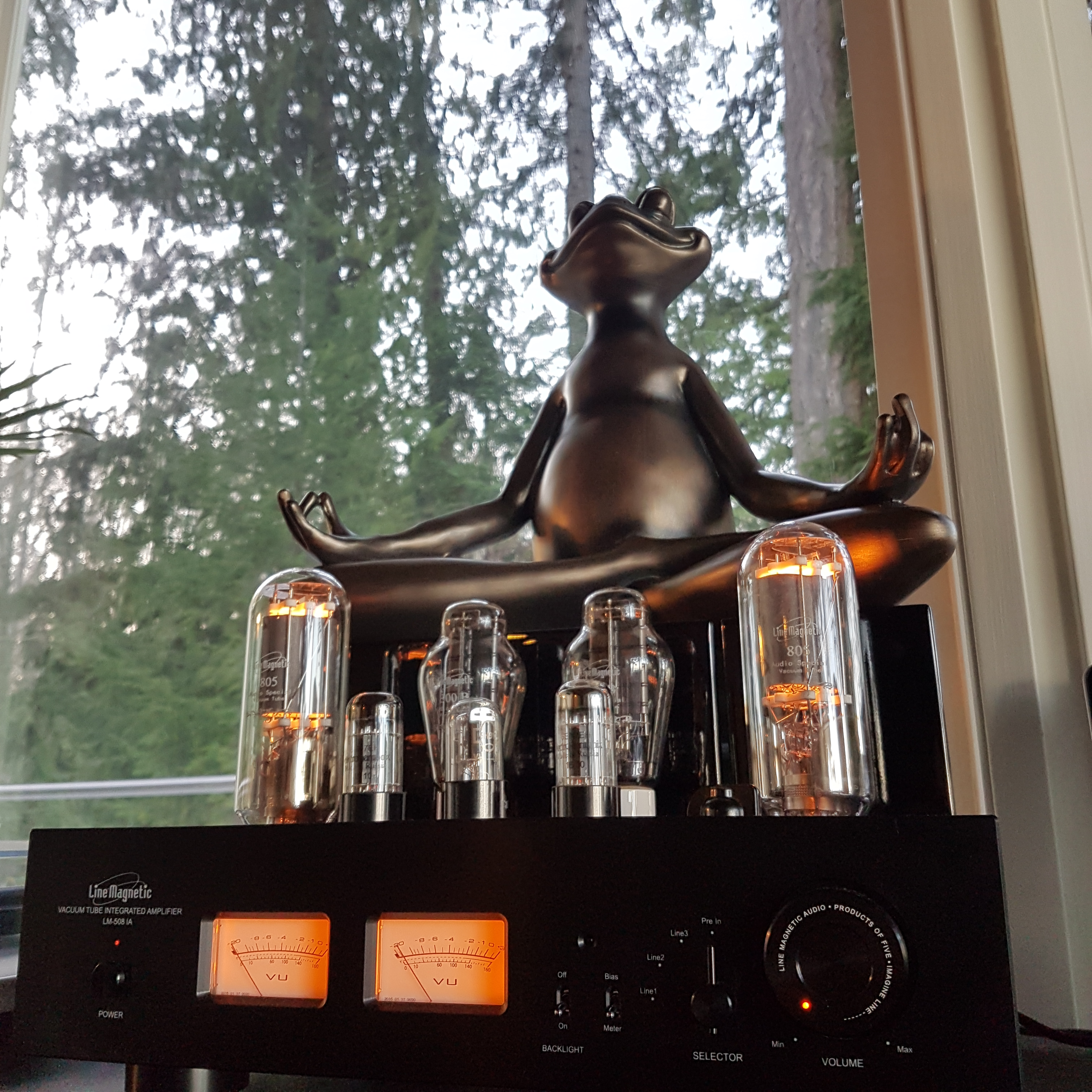