My system begins with my Sonus Faber Grand Piano Home speakers (89dB/6ohm two-ways), which I chose about a year ago on the strong recommendation of fellow member "The Kid." In their price range, these speakers are the warmest, most musical, and resonant for the music I listen to--mainly classical orchestral, Romantic opera, and choral. It has been extremely difficult, however, for me to bring together electronics and cabling adequate to reproduce this music and to fulfill my speakers' need for power and that of the system for clean signal delivery.

My current complement of electronics consists of an Air Tight ATM-2 stereo amp, Thor TA-1000 Mk II pre, and Cary 303/300 CDP. My speaker cables are now Analysis Plus Oval 12s, a relatively modest copper wire, after having had Audience Au24s in the system for about a year. The A+ wire seems to have the least reactive tendencies when changing interconnects among other speaker cables I have recently tried. I have been trying a few interconnects new to me this past month also and will continue for another month or so. In the past, I've tried Analysis Plus Solo Crystal Oval, Audience Au24, Audience Maestro, van den Hul The Orchid, Harmonic Tech MagicLink Two, and Audioquest Cheetah. Recently, I've tried Cardas Golden Cross and, just this past week, a kind of specialty market cable originally made by former VS marketing director Paul Garner to complement the von Schweikert speaker line.

These are copper foil cables in generic black sleeving of two runs per interconnect and terminated with the very DIY-looking, but well-known Eichmann RCA bullet plugs. As an owner once wrote to me, "These are not glam cables but they work." They are flat, one-inch wide bands of wire that come in lengths made to order. The Verbatim literature is straightforward, claiming low distortion, low resistance, low capacitance, low inductance--a quartet of ideal cable qualities. The claim is that the thin foil minimizes time smear and transmits full bandwidth with exceptional tonal balance. Finally, Verbatim asserts that the foil provides less phase shift from 20Hz beyond 20kHz, resulting in a wider and deeper sound stage, and works equally well with high power SS amplifiers and low power SET amps. In my own trial, I used them only with my Air Tight push-pull tube amp. However, what got me most excited about the Verbatim cables was yet another conspicuous and lengthy claim in the literature: "THE LARGE SURFACE AREA ALLOWS THE SIGNAL TO RETAIN DETAIL, BLOOM, SPEED, AND DECAY WITHOUT THE 'GLASSY EDGE' COMMON IN SILVER CONDUCTORS (ESPECIALLY AT HIGHER SPL), AND REMAINS EQUALLY IMPRESSIVE AT LOWER VOLUME LEVELS."

I'd been having some of these exact problems with treble thinning and edginess and a hard treble top with Audioquest Cheetah interconnects, made from a complex silver alloy. But I'd also had problems with glassy edginess, lack of transient speed and proper decay, diminished detail, and a distinctly crushed blossom of choiring voices with various copper cables I'd tried. I was relating some of this history of failure to ctm_cra, an audiophile friend, when he surprised and delighted me by offering to send me his own spare pair of Verbatim interconnects on loan until we met up at the Consumer Electronics Show in Las Vegas next month.

ctm_cra is extremely discriminating as he is a choral performer himself--a tenor in the San Diego Master Chorale--and belongs to an audiophile club that meets regularly for shootouts, demos, and to A/B various hi fi equipment. He said these Verbatim cables were the most spacious, open, natural, and yet detailed and resolving cables he's tried in over a decade in the hobby. His own system consists of DeHavilland monoblocks (with extensive use of Tenor OTLs), modified Coincident Millennium speakers, First Sound Paramount SE MkII, an APL-Hifi modded Philips SACD1000 CDP with multiple DACs and a tube output stage, a VPI extended Aries with JMW 12.5 and 12.6 arms and Colibri XGW and Miyabi/47 Labs MC cartridges fed through a Wavestream Kinetics MC Phonostage.

As soon as they arrived, I placed ctm_cra's .7m Verbatim cables between the CDP and pre. They immediately improved clarity and transparency to a very pleasant degree, especially on choral music, which had been, prior to the arrival of the Verbatims, exceedingly difficult to render well on my system. I used them alternately with vdH The Orchid and Cardas Golden Cross interconnects running from pre to amp. I also used them running straight from CDP to the amp, which produced a highly resolving sound, but without the body, soundstage, or inner detail in the choir as with the Thor preamp. Whatever the combination, however, I'd say that this one pair of Verbatim ICs had done for resolution of complex harmonies, pure treble extension, and clean dynamics in my system what the Thor preamp had done for improving body, inner detail, and soundstaging. So, from another A'goN member, I bought another 1m pair of my own earlier this month and placed it between the pre and the power amp. Until the placement of TWO Verbatim interconnects in the system, clarity and treble extension and separation of voices had been a chronic problem.

As soon as I placed the SECOND pair of Verbatim interconnects in the system, clarity and transparency took a huge leap forward and yet all the voices and instruments sounded "natural." Playing the new Mozart "Mass in C Minor" by Le Concert D'Astree on Virgin Classics (which features Natalie Dessay and Veronique Gens), the first measures sounded cleaner and much more immediate than when I'd played the CD before. Listening further, I could tell that the two pairs of the Verbatim interconnects created a sound that was astonishingly clear and detailed, but with a slightly hot top-end. There was treble extension to beat the band, but just a little too much top. It wasn't "hard,"per se, but it seemed "overdriven" or perhaps it was due to a resonance or reflection issue.

I then realized the top-end tizz I was hearing might well be caused by the limitation of my budget Lovan rack (which I have been plannning to replace), the problems of a squarish listening room (3m x 4m x 2.5m), or the basic sound of the slightly tipped-up top end of Air Tight amp. But I determined that the Verbatim cables themselves presented sound that was sharp, precise, clear, and wonderfully extended in the trebles. So much so that I can now work on other components in the system to resolve the remaining resonance, reflection, or amplification issues. I can hear the choral singers pronounce the Latin lyrics of "Kyrie" and "Gloria," which were always under a haze before.

Since this first CD, I've played about a dozen different ones ranging from orchestral Beethoven and Mahler, Solti's "La Traviata" with Angela Gheorghiu, recital CDs by Joseph Calleja and Renee Fleming, a three-part mass by Ockeghem, and choral/orchestral works of Mozart, Beethoven, and Brahms conducted by von Karajan, Herreweghe, and Abbado. In every case, the Verbatim cables produced a sound that was clear, transparent, highly resolving, and fully musical.

Problems I had previously attributed to what I thought was inadequate power in the Air Tight stereo amp (80W of KT88/6550 power), now seem to have vanished with the use of these Verbatim cables. In a metaphoric sense, then, the Verbatim interconnects are worth about 80 additional watts and make my system sound as though powered by a 150W tube amp or an SS amp that responds to lowered impedance in the treble range with MORE power rather than less.

I can't explain why this is. The response of my system to the Verbatim cables is beyond my scant knowledge of electronics. I can only say that, after having recently heard an 8-valve tube amp like the Conrad Johnson Premier 140 (140W/8ohms) and SS amps like the Conrad Johnson Premier 350 (350W/8ohms) and the CJ CA200 (200W/8ohms) power similar Sonus Faber speakers to mine, the Verbatim cables and Air Tight amp produce, to my ear, a comparable if not superior sonic result.

Verbatim Cable products include two types of speaker cables--a 1" wide version and a 2" wide version, about $900 and $1500 USD per 8' run, respectively. For bi-wiring, Verbatim provides and recommends a jumper cable for a small additional charge. I intend to audition the speaker wires in about six weeks. The interconnects are $750 per meter set, $200 per added stereo foot. Balanced cables are available and terminated with Neutrik plugs. I used the RCA versions terminated with Eichmann bullet plugs. 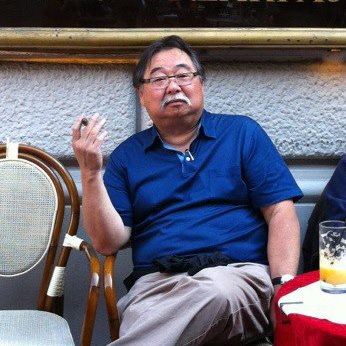