When using my PF preamp with either my tube or SS amps, I have only two volume settings I can use, low or too loud, at between 8 o'clock to 9 o'clock on the volume pot. At the higher of the two volume settings, the preamp seems as if it is outputting full voltage. The input impedance on the tube amp is 100Kohm, and the main output impedance on the PF is 600Ohm - 7Kohm. Is this a classic case of impedance mismatching? Would it be worthwhile to see if there is a problem in the PF unit, or, should I check into locating a better matching amplifier? 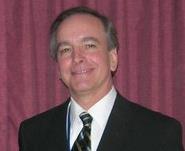