I just wanted to quickly praise the customer service I recently received at the hands of Manley Labs. Last month, I bought a new Chinook phono stage and from the moment I plugged it in there was too much idle hiss. I played it for a few weeks and the hiss got neither better nor worse. Short story long, I contacted Manley and they immediately sent a return shipping label to me to return the unit to check it out (at their expense). I sent the unit, they did a minor adjustment (dropping the noise floor 12db!) and shipped it back to me in one day. They even asked if I'd like the wider (19") face plate installed (for free) so as to better cover the unit. I really wanted the wider plate when I bought it but it was not available so I said yes.
In today's crazy, swirling whirlpool of perfectionist audiophile expectations, having a small company not only make a great-sounding product (And, oh my goodness, does the Chinook sound good!) but stand behind that product with fantastic customer service, makes such a strong statement. I'm sure the warranty work on my unit erased their profit margin entirely, but they acted like it was a job they wanted to do, never asking me if they had to do it, never whining.
Some of you will say, "Well, they're supposed to do that." or, "In today's world you either support your products or go out of business." and while that sentiment is true, sometimes I don't think we appreciate how expensive, challenging, and thankless it is for a small made-by-hand company to compete with the big factory players and I think these companies should be recognized for all of their hard work as well as personal and financial sacrifices.

Thanks Manley Labs for such a great product and such great customer service. Gamma, you're the man! 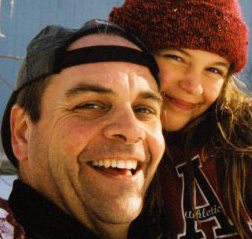