Specifically, I'm wondering if something like the Magnum Dylalabs 102 or 108 might be "overkill" since most stations I would listen to are close enough. Or is pulling in stations really a question for choosing an attenna?

Any comments on those two models, especially from New Yorkers, would also be appreciated. Thanks. 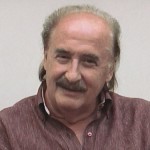