One day I've started to bias my amp and I've realized that one of the bias jackets doesn't show any voltage(realy small ~2.5mV). The VTL's 10Ohm test went through successful. When I've opened my amp and surfed though the points from where the bias voltage is measured, I've realized that 1k resistor was blown and showed some 270k instead(almost infinite for the small current/voltage)

What could cause this resistor to blow?
Is there any role of that resistor in the signal operation or DC suply for the tube?

Is it possible to aqcuire a detailed circuit diagram of any VTL amplifier? 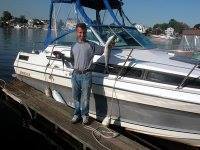