I’m having some weird issues with static electricity in my audio setup and I would appreciate your thoughts and tips before something gets fried.

For context, humidity where I live is currently around 38 – 41% which is not too bad. My couch produces a significant amount of static electricity so whenever I have a listening session, I’m sure I will shock myself whenever I get up and touch something metallic.

My current set up consists of almost all-schiit components:

Bifrost 2 DAC, Audiolab 6000 cd transport, Freya S preamp, Mani phono preamp, Loki mini eq, Asgard 3 headphone amp and Vidar amp, all going to a Furman M-8X2 power strip/conditioner and into a grounded (as of yesterday) outlet. My outputs are Elac DBR62 speakers and I also have a set of Sennheiser HD600 and Hifiman Sundara headphones.

Now, to the issue. Curiously, I started noticing this since I incorporated the Audiolab cd transport and the Furman power strip about 3 weeks ago.

Previous issue: While being charged up with static electricity, whenever I touched any of the components, a spark would fly and a light shock would happen. All regular stuff and this didn’t have any impact on music playback. Previously all my components were plugged into a cheap, basic power strip to an ungrounded outlet.

Current issue: Since adding the cd transport and the Furman power conditioner (I’m not saying any of these two components are at fault at this point, but I noticed this issue since incorporating them), whenever I touch any of the components while charged with static, the music is interrupted for a microsecond and then comes back. For those of you familiar with the Schiit Bifrost 2 DAC, whenever there’s an interruption or change in the data stream being fed, there’s audible clicks which are normal. In my current situation, the interruption of the music when the static shock occurs is accompanied of a couple of quick clicks from the Bifrost and then the music continues without issue. Now, what is REALLY strange to me is that this issue is amplified -no pun intended, when I’m listening through headphones where I don’t even need to touch any of the components or any metallic surface for the music to be interrupted. I assume the static is traveling from my body through the headphones into my system somehow. By the way, this happens with both the HD600 (all plastic body) and the Sundaras (metal frame). It even comes to the point with the Sundaras where I can audibly hear the static "trapped" in the headphones when I discharge in the way of a high pitch until I touch the headphone cable if it makes any sense.

While I could dig deeper into the issue to try to isolate what’s happening, I have a few questions I would appreciate your input with before doing anything. My fear at this point is that the constant discharge of static electricity could damage some of the components If I try to isolate the fault through further testing and replication of the issue given that there is now a direct negative effect in the sound playback with a physical reaction in the form of clicks from the DAC. My questions are:

Thank you in advance for your comments, feedback and input. In the end, I just want to be able to sit down, enjoy the music without constantly worrying about frying something up. 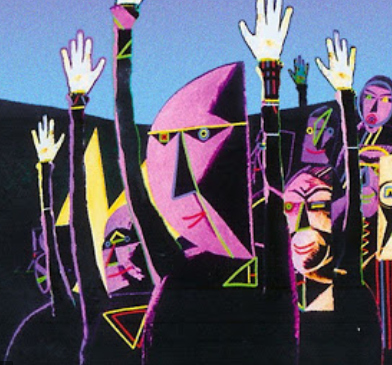 AWARDED PRODUCT OF THE YEAR
© 2022 Audiogon.com