Finally had a chance to sit down and listen carefully to my two recordings of Seventh Sojourn by The Moody Blues.

This time around, I'll be comparing:

1) an original vinyl issue from 1972 on London/Threshold records (white label with purple "threshold" emblem, by the way the only Moody's vinyl issue I have seen with this particular label format)

So is this a fair contest? Standard issue original vinyl versus one of the most highly regarded CD product lines out there?

Given the results, I'd say yes, but in the end the verdict is clear.

First let me say that both were what I would consider good recordings. Each was far above average I would say. Both were very good pop/rock recordings.

But as good as the vinyl issue was, it was no match whatsoever for the MFSL Ultradisc recording.

I can also say that the differences in this case were more clear that in either prior similar Moodies classic 7 album shootout I've undertaken.

First, I listened to the Ultradisc copy, which in fairness, is the one I am most familiar with in recent years. I listen to it frequently in that I consider it one of my desert island discs.

One significant difference this time around compared to my prior Moodies shootouts is that though the listening was done on the same system for all, this time the big Ohm 5s were in my main and very intimate 12X12 listening room.

For prior reviews of Days of Future Passed and Question of Balance, they were in my much larger 20X30 L shaped room. This makes a big difference in how the music is presented. The larger room is more like listening in a decent sized concert venue. The smaller 12X12 room is a much more intimate environment.

The big Ohms sit about 5-6 feet apart about 5 feet in front of my listening position near the rear wall. The 4 level settings for bass mid and treble are adjusted differently for this smaller room, mostly to tame the bass level in such tight quarters.

Also, the Ohm 5s are now on my good speaker cables, a pair of Audioquest CV6 with the DBS devices.

The more intimate configuration enables peering deeper into the music and recording and perhaps reveals more subtle differences as well.

The down side is the big Ohms have less room to breath and open up. Other than this, there is little to want for with this setup in terms of sound. Little, if anything is missing, you can hear everything, and focus in on whatever you please.

It is quite the ultimate sound experience I must say for a room its size, especially when things are going right with the source material.

In this case there was a lot going right with both CD and vinyl. I hate to use the "P" word, but the Ultradisc rendering was in fact darn near perfect I would say.

The recording was balanced from bottom to top. All the dynamics were there...I had no urge to reach for my DBX dynamic range enhancer in this case as I do with many pop/rock recordings, regardless of format.

Despite the wall of sound nature of this particular Moodies recording which provides a lot to listen to continuously for a good 40 some minutes, I could discern each element of the recording clearly despite the busy sonic landscape of chamberlain, vocals, guitars and accompanying full bass lines and percussion with considerable "oomph".

The Ohms did not quite attain the level of magic with this recording as they are capable of in terms of soundstage and imaging the way they do with more simply miked recordings, but given the inherent complex nature of the production, everything was still presented in a manner far and beyond the norm or even anything I had heard prior, with the same configuration, but with the Dynaudio Contour 1.3 mk II monitors in place of the Ohms.

The Dynaudios sounded very good, but not nearly as full, meaty and fulfilling overall as the Ohms.

Now how about that vinyl copy? This was very interesting. It to did very well in terms of delivering a very satisfying rendition, but from the outset, there was something very different sounding about it. It was almost like listening to a totally different sounding version of the same music with different guys singing. There was more of a sweetness perhaps to the midrange, but the dynamics, though still good, were clearly not as good as the CD. This recording could have used just a dash of DBX.

The vocals were more forward and perhaps more prominent. The rest of the mix was all still there, but a bit more recessed and the individual musical elements less differentiated.

The overall impression was that of a very good recording but one that compared with the Ultradisc sounded noticeably thinner, less convincing, and not nearly as involving or fulfilling overall.

My guess is that a lot of this difference was more due to the way the two recordings were mixed and mastered rather than due to inherent differences in formats. I have many recordings on both CD and vinyl where the differences are very subtle and my preference can swing either way on a case by case basis.

But in this case, the differences were strikingly clear. The Ultradisc left little to be desired...it squeezed everything out of the particularly dense and busy soundscape of this particular Moodies recording. The vinyl rewarded but came up just a bit short in terms of delivering a totally convincing performance.

I love the cover of this particular album and how the music fits in with it.

With the vinyl, the bleak and dreary landscape portrayed was brightened up a bit, but seemed to still be very much a "Land of Make Believe", as the Moodies sing about six cuts in.

With the Ultradisc, the landscape was considerably dark and dreary overall, but all the details of this rather whitewashed landscape could be heard and everything came together both very strongly and in a most rewarding manner. 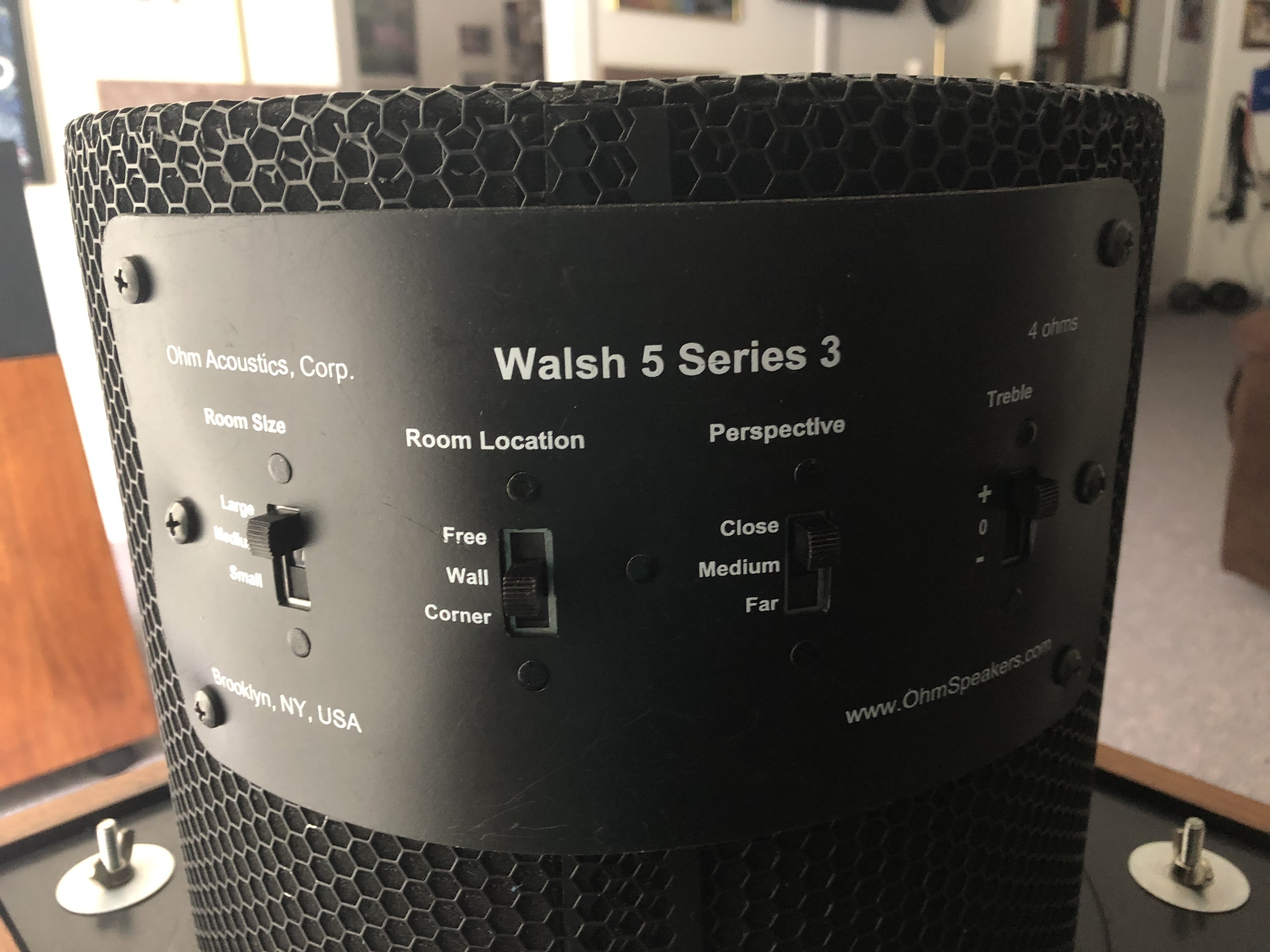