The latest of Michael Wolff's interconnects are his Dragon series Empress Interconnects. It is identify by a small red Dragon on top of an Empress Wolff logo. I am not sure how many generations this cable has evolved from, perhaps Michael can enlighten us. I did however had a chance to A/B one of his earlier Empress ICs and the newer Empress Dragon series cable.

The differences were actually very dramatic. It was apparent that the Dragon series cable had the same Empress signature, but much more musical.The dynamics were clearer, and the soundstage was wider and deeper. Instruments now occupied more of their own space in layers of detail, taunt bass, and a warm lush midrange. I know, it sounds like a review from an article from a Stereo rag. But this cable is really that balanced. I must mention that it did not have the last word in detail and extension, compared to the Wireworld Gold Eclipse. But hey, the Gold Eclipse cost 3x more, not that cost have anything to do with its' performance, but in this case the cable compared does cost 3x more. Yes, the conductors are silver and both the Empress-Dragon and the Gold Eclipse are not bright and thin, as many would believe from silver wires. And believe me if they were, my Thiels would revel that.

Prior to shipping, the cables go through a Haggerman Fry Kleaner break-in process. I felt the Fry Kleaner took the cable 90% of the way. As I mention to Michael, I used the XLO system burn-in CD track 9, for an hour to finsh off the burn.

I know descriptions of cables and audio gear in general, are subjective to each listener. The only way is to have a listen for yourself, on your own gear. Michael offers a 2 week audition period. The cable has been in my system for couple of months hooked up to my second source, the Classe .5 CDP, which is also plugged into one of Michaels' Source cords.

Needless to say, I am quite satisfied with this cable as well as Michael's professionalism and honesty. If you want to forget about your gear and just listen to music, pick up one of MWs' IC.......put on Pink Martini's - Hang on Little Tomato and ........Enjoy!

The majority of my music collection includes Jazz, Blues, and Vocals. My passion is more on the recorded voice and intimate bands. Some of the recordings used for this review are.......... 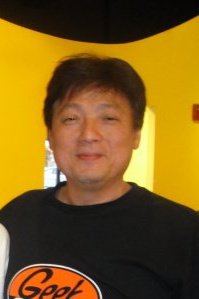