On an impulse, I bought a pair of Ref 3A La Suprema speakers, V.1 from mid 90s. I did not notice that the ad said "no manual". Very little information on the web- UHF uses them in one of their reference systems, but only a few were imported to North America. It is a 2 piece speaker, consisting of Ref 3A Royal Master on top and 2, 12", iso0barik loaded drivers in the subwoofer cabinet below. The Royal Master is a full range driver and a tweeter that has a capacitor on it; no real crossover per se, with 2 sets of binding posts. There are also 2 sets of binding posts on the sub cabinet, but one is labelled "do not hook up to power amplifier and this pair has a factory-installed jumper across them.

Basic question hook-up. Right now I have single wire cables to full range driver and cardas jumpers to tweeter, working fine. Do I jumper down to sub woofer, or or go to sub first and jumper up to monitor? Leaving personal preference and the whole bi-wire debate, does it matter?
If you have a manual, pls email me thru A'gon system to arrange for a copy. TIA. 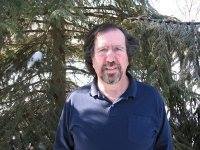