I have been a musician for 40 years, professional for 25 so I know what every instrument sounds like in the real world and I play 11 instrumerns at a high level, exotic ones like Japanese shakuhachi flute, Turkish saz, Colombian tiple, and I play guitar and sing, I do rock, blues, reggae, calypso, oldies, etc. I know music inside and out and these are the best speakers I have ever heard hands down. I’ve also recorded in the studio and done tons of home recording so I am a recording engineer and with these speakers every instrument sits in the mix perfectly, just the way the engineer recorded it, it’s unreal how accurate they are. And as a musicain and engineer I understand what a mix is better than a non musician -I've mixed many many songs in the last 40 years, and my ears are perfect, I hear what's on the recording the way it was intended to be heard.The soundstage is perfect also, wide and deep. I had the Grand Veenas--awesome speakers and I had the Tekton Double Impact SEs, even better, but they do not copmpare to the 100s. I’ve had them just shy of two months and every time I listen to them I shake my head in awe. They do everything right, I feel they are totally neutral, they do not add or take anything away from the music. I listen to albums I’ve been listening to for 35-40 years, Sabbath, Zep, Floyd, etc, and it’s almost like listening to them for the first time, it’s amazing and astounding. I like my system to sound natural, like real music which is why I hate Krell, Magico, and Wilson, they do not sound natural, they sound cold and analytical which is the opposite of good sound. I could go on and on but I won’t just get them you will not regret it. And if someone thinks these are not amazing speakers they don’t have good ears it’s that simple. These are objectively incredible speakers. 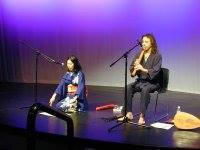