Yeah, I've said that before, but always with a grain of salt. Having been introduced to tubes last year and now going with SET seperates, I entered a whole new world of sound, but was still on the cusp of full contentment. Turns out that the Shuguang 845s in my amp were the originals and it was suggested to me to move to the 845Bs (also the 845Ms were suggested, but not before living and gaining some sound referent with the solid 845B) which were a significantly improved 845. After replacing the tubes, I couldn't believe the improvement in my system top to bottom in and out around and back. Then, I figured if this change in tubes could improve my rig that much, maybe I should start rethinking my amp 12AX7s and my pre amp 6DJ8s. Turns out my Amperex 12AX7s were counterfeit, and my pre amp tubes were some Hungarian c+ tube, at best. It must be the synergy of my rig (because I realize others have had very different results) but now with NOS Amperex Bugle Boy 12AX7s for the amp and Amperex Bugle Boy 6DJ8s for the pre, I am experiencing the true sweetness of a tube rig. Not overly lush, but sweet as sweet means to me. And the highs just fit into that extended, but not over the top, airy, area of listening forever feeling. I realize, that other tubes will get me other sounds, but what I'm listening to now, even if I were sold on the greatness of other tubes, wouldn't get me to purchase them now. Maybe on down the longer road, but not now. That is a new one for me. I'm enjoying listening to my tunes more than ever. Finally (again..lol) enjoying just the music and not rethinking over and over how can I improve my rig. Anybody relate? Maybe a few huh?
warren :) 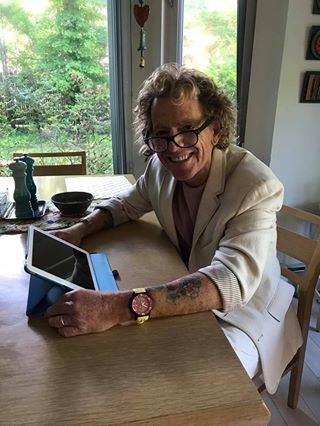 Dali with NAD Audiophile A+ system!!