Many of you own or have read of the highly-regarded PPT Omega E Mat, one of Tim Mrock’s revolutionary signal-enhancing accessories. Just prior to his untimely passing, Tim had finished developing a new generation of his Omega mat, soon to be available. Krissy Mrock has asked a few of us to introduce this new mat, here given the working title of The Double Omega.

In distinguishing the Double Omega, we know the original Omega, herein called the single, as a 7.5” by 10”, rather heavy and somewhat pliable mat, a bit more than 1/8” thick and with a vinyl-like feel. One face is glossy white, displaying the PPT logo and Omega name, while the other is black, smooth and magnetized. Sandwiched between these faces is the active material that causes components to reject the EMI that saturates everything in our surroundings. The Double Omega is much the same, with one important difference: the magnetized face has the finely-textured feel of around, say, 220-grit sandpaper. This texture, it is presumed, comprises yet a second active layer of EMI rejection. Presumed—because working details of the Double Omega are not well understood—better yet to know how to apply it.

With the understanding that the single Omega E mats generate field effects from both faces, mats have typically been placed under and over components and vertically over circuit breakers. How you apply the Double Omega will depend on best use and experimentation. In my case, I have removed two single mats, lying side-by-side, from the top of my large Wadia CDP and have replaced those with two Double Omegas. The Wadia is a one-box player that contains a pre-amp, so I wanted that second, strong field effect exerting downward as well as upward. I also have several singles placed underneath, just as before. Going straight to amps, this player is my only source, so I want it fully protected from EMI. Your priorities will differ.

As of this writing, I am only thirty-hours in on placing these Double Omegas, and I can already tell you they are powerful in their prevention of EMI within my digital source. Yet another veil has been lifted—all instruments and voices are even more sorted out in the aural space with new information heard within that space. There is much more decay heard against a new silence behind and between the musicians. I am already so pleased and excited about what the Double Omega E mats are doing. As Krissy told me, Tim was really stoked to have these new mats available. Rather than wait for the the fourteen-day window of improvement, I want to get this intro out so others can relay their experiences sooner. 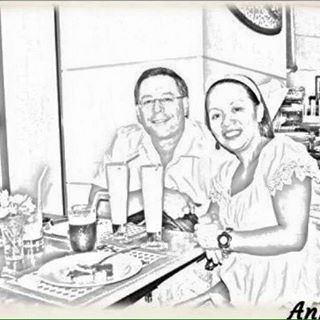