I never thought I would ever use headphones as part of my system , I could never get use to the dramatic difference’s between using headphones and for one glaring example a speaker system that projects  a deep and wide layered sound stage with the illusion of instruments hanging in mid air is absolutely thrilling .

Well things changed as we downsized our home two years ago going from a dedicated room above a large double car garage where I didn’t have to worry about disturbing anyone listening then to a smaller home as we prepare to retire .
So a couple years ago I thought to give headphone listening another try mainly to keep peace in our home especially during late night listening which I do often . I brought home various dedicated amplifiers and dynamic headphones seamanly popular among headphone enthusiasts.

The large Amps&Sound tube amp and Mjolnir Audio Pure Bipolar along with various headphones from upper end Sennheiser , focal and recently a pair of Audeze Z headphones I borrowed .

Then came along the digital stack from AudioByte the Hydra Vox dac with a dedicated headphone section and a yet to be released streamer.
After a year or so of looking and listening with no real satisfaction I’m bold over how enjoyable my headphone experience is now not to mention what a fabulous dac AudioByte has which is a sister company to Rockna . 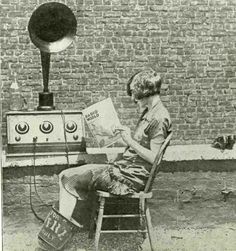