Need help with a pair of Legacy Signature iii Speakers

I purchased a set of Legacy Signature III speakers a couple weeks ago.  The previous owner said he was running the 3 woofers active as well was the previous owner before him so he was not sure how to rehook the woofers back up to the crossover.  I emailed legacy and they said they would get back but they have not so rather than pester them as they have bigger and better things to do  I figured I would ask here.  Is there anyone who could remove their front woofer to trace where the wires should go to hook these woofers back up the right way.  I was told the downward firing woofer acts as the system brake and might hook up a little different than one might expect.  I have included two pictures of what I am looking at as far as the crossover board.  One view from the front and one from the rear.  I opened my pair of Focus speakers to have a look at their bass crossover but it has 3 different coils on the crossover board so I dont know if it is completely different or if these crossovers are missing some parts.  anyone with knowledge of this please let me know. 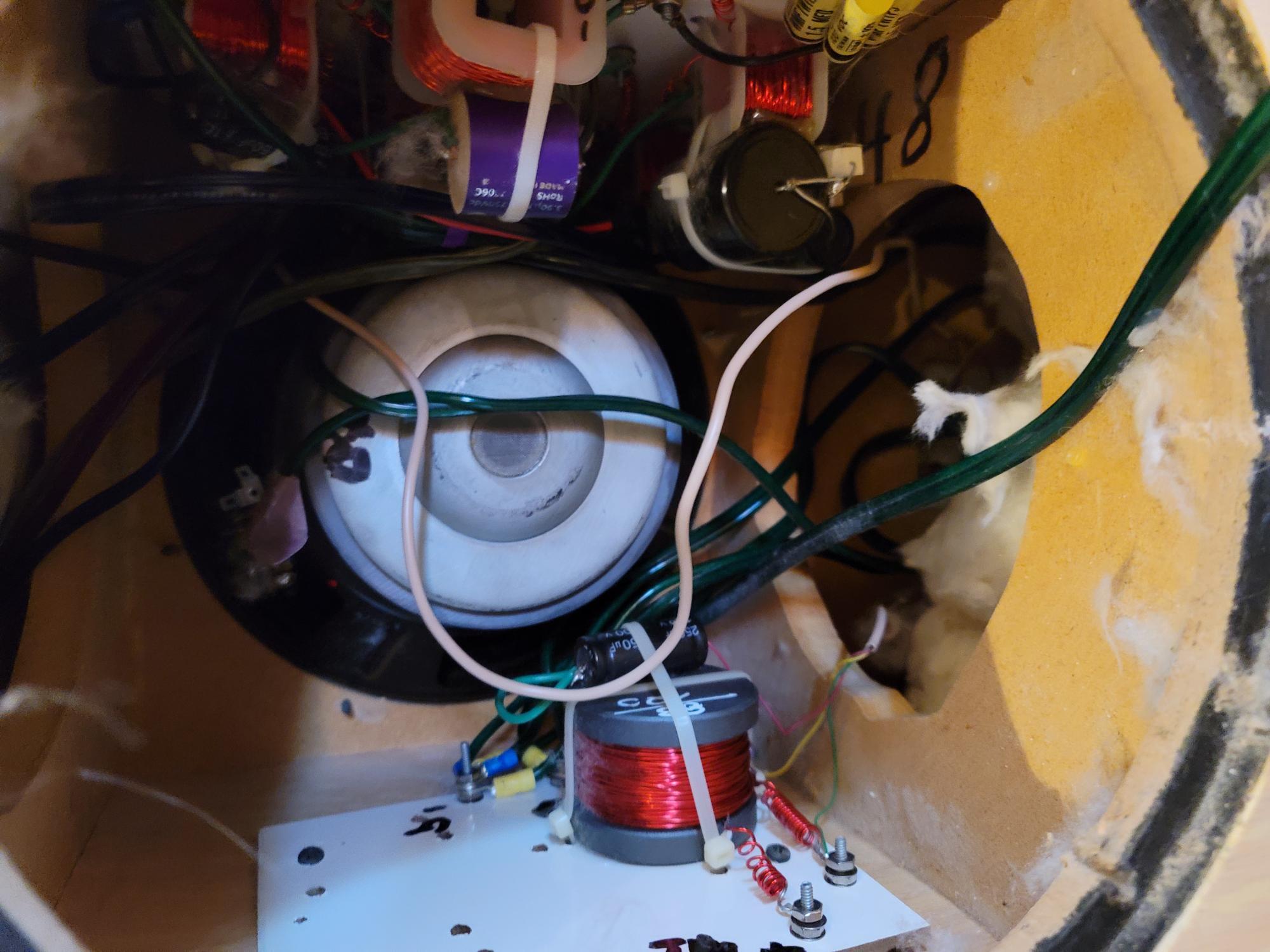