In my reading on digital file formats I have found that some have recommended upsampling PCM flac files to DSD128 to improve sound quality. For example PS Audio DACs do this on the fly as a matter of course. The improvements have nothing to do with the encoded music signal (upsampling doesn't add any new information obviously) and those who pooh-pooh upsampling are mistaken in thinking this is the reason it's being done. The theory is the very act of sampling the source data stream produces a digital noise band that gets imprinted on the encoded file. Proponents claim that Redbook encoding produces a noise band in the 1kHz region right in the middle of the human voice range we are particularly sensitive to which accounts for the unpleasant sound so many associate with CDs when compared to vinyl. The higher the sampling rate the higher the digital noise band frequency ends up being and this is a large part of the reason higher rez file sound better as much as there being more actual sound information in the file.

The claim is that DSD128 encoding shifts digital the noise signature produced by encoding out of the audio band into the ultrasonic range above 40kHz and is better sounding for this reason than even regular DSD64. After doing some experiments with converting various sampling rate files of flac PCM from Redbook to 24/192 and others I've found the results to be overwhelmingly positive–though the odd file seems to end up with slightly softened dynamics. From my background in digital photography I know that adding digital noise to a blurry image can make it appear sharper. Perhaps something analogous is going on here. Overall the improvement in sound quality can be quite significant and, to me at least, worth the increase in file size.

So what's the problem? I have been using the latest version of the X Lossless Decoder (XLD) to make my conversions and although the results sound great for the most part the converted files are consistently having the last second or so of audio chopped off. I've poked around on the net a bit and can't seem to find a solution or even a mention of the problem. Has anyone else experienced this issue? Are there other converters you could recommend for the Mac OS?

For reference the only adjustment I've made to the default settings in XLD is to set the DSD Noise Shaping Order filter to the maximum (8 - Better in-band SNR) and I am running El Capitan on an older iMac.

Any advice would be appreciated. 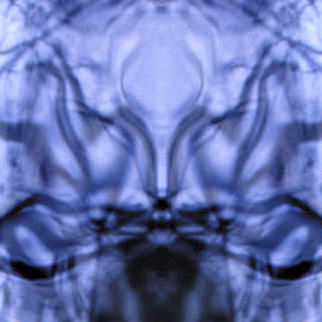