My Long List of Amplifiers and My Personal Review of Each!

So I have been in a long journey looking to find the best amplifiers for my martin logan montis. As you know, the match between an amplifier and speakers has to be a good "marriage" and needs to be blend exquisitely. Right now, I think I might have found the best sounding amplifier for martin logan. I have gone through approximately 34-36 amplifiers in the past 12 months. Some of these are:

With all that said, the amplifiers I mentioned above are the ones that in my opinion are worth mentioning. To make a long story short, there is NO 5 CHANNEL POWER AMP that sounds as good as a 3ch and 2ch amplifier combination. i have done both experiments and the truth is that YOU DO lose details and more channel separation,etc when you select a 5 channel power amplifier of any manufacturer.
My recollection of what each amp sounded like is as follows:

ATI SIGNATURE SERIES 6005 (great power and amazing soundstage. Very low noise floor, BUT this amplifiers NEEDS TO BE cranked up in order to fully enjoy it. If you like listening at low volume levels or somewhat moderate, you are wasting your time here. This amp won’t sound any different than many other brands out there at this volume. The bass is great, good highs although they are a bit bright for my taste)

NAD M25 (very smooth, powerful, but somewhat thin sounding as far as bass goes)
Bryston sst2(detailed, good soundstage, good power, but can be a little forward with certain speakers which could make them ear fatiguing at loud volumes)

rotel (good amp for the money, but too bright in my opinion)

parasound halo (good detail, great bass, but it still holds back some background detail that i can hear in others)

lexicon (very laid back and smooth. huge power, but if you like more detail or crisper highs, this amp will disappoint you)

McIntosh mc205 (probably the worst multichannel amp given its price point. it was too thin sounding, had detail but lacked bass.

butler audio (good amplifier. very warm and smooth sweet sounding. i think for the money, this is a better amp than the parasound a51)

pass labs (very VERY musical with excellent bass control. You can listen to this for hours and hours without getting ear fatigue. however, it DOES NOT do well in home theater applications if all you have is a 2 channel set up for movies. The midrange gets somewhat "muddy" or very weak sounding that you find yourself trying to turn it up.

Update: The reviews above were done in January 2015. Below is my newest update as of October 2016:

PS AUDIO BHK 300 MONOBLOCKS: Amazing amps. Tons of detail and really amazing midrange. the bass is amazing too, but the one thing i will say is that those of you with speakers efficiency of 87db and below you will not have all the "loudness" that you may want from time to time. These amps go into protection mode when using a speaker such as the Salon, but only at very loud levels. Maybe 97db and above. If you don’t listen to extreme crazy levels, these amps will please you in every way.

Plinius Odeon 7 channel amp: This is THE BEST multichannel amp i have ever owned. Far , but FAR SUPERIOR to any other multichannel amp i have owned. In my opinion it destroyed all of the multichannel amps i mentioned above and below. The Odeon is an amp that is in a different tier group and it is in a league of its own. Amazing bass, treble and it made my center channel sound more articulate than ever before. The voices where never scrambled with the action scenes. It just separated everything very nicely.

Theta Dreadnaught D: Good detailed amp. Looks very elegant, has a pleasant sound, but i found it a tad too bright for my taste. I thought it was also somewhat "thin" sounding lacking body to the music. could be that it is because it is class d?

Krell Duo 300: Good amp. Nice and detailed with enough power to handle most speakers out there. I found that it does have a very nice "3d" sound through my electrostatics. Nothing to fault here on this amp.
Mark Levinson 532H: Great 2 channel amp. Lots of detail, amazing midrange which is what Mark Levinson is known for. It sounds very holographic and will please those of you looking for more detail and a better midrange. As far as bass, it is there, but it is not going to give you the slam of a pass labs 350.5 or JC1s for example. It is great for those that appreciate classical music, instrumental, etc, but not those of you who love tons of deep bass.

It is articulate sounding too
Krell 7200: Plenty of detail and enough power for most people. i found that my rear speakers contained more information after installed this amp. One thing that i hated is that you must use xlr cables with this amp or else you lose most of its sound performance when using RCA’s.

Krell 402e: Great amp. Very powerful and will handle any speaker you wish. Power is incredible and with great detail. That said, i didn’t get all the bass that most reviewers mentioned. I thought it was "ok" in regards to bass. It was there, but it didn’t slam me to my listening chair.

Bryston 4B3: Good amp with a complete sound. I think this amp is more laid back than the SST2 version. I think those of you who found the SST2 version of this amp a little too forward with your speakers will definitely benefit from this amp’s warmth. Bryston has gone towards the "warm" side in my opinion with their new SST3 series. As always, they are built like tanks. I wouldn’t call this amp tube-like, but rather closer to what the classe audio delta 2 series sound like which is on the warm side of things.

Parasound JC1s: Good powerful amps. Amazing low end punch (far superior bass than the 402e). This amp is the amp that i consider complete from top to bottom in regards to sound. Nothing is lacking other than perhaps a nicer chassis. Parasound needs to rework their external appearance when they introduce new amps. This amp would sell much more if it had a revised external appearance because the sound is a great bang for the money. It made my 800 Nautilus scream and slam. Again, amazing low end punch.

Simaudio W7: Good detailed amp. This amp reminds me a lot of the Mark Levinson 532h. Great detail and very articulate. I think this amp will go well with bookshelves that are ported in order to compensate for what it lacks when it comes to the bass. That doesn’t mean it has no bass, but when it is no Parasound JC1 either.
Pass labs 350.5: Wow, where do i begin? maybe my first time around with the xa30.8 wasn’t as special as it was with this monster 350.5. It is just SPECTACULAR sounding with my electrostatics. The bass was THE BEST BASS i have ever heard from ANY amp period. The only amp that comes close would be the jC1s. It made me check my settings to make sure the bass was not boosted and kept making my jaw drop each time i heard it. It totally destroyed the krell 402e in every regard. The krell sounded too "flat" when compared to this amp. This amp had amazing mirange with great detail up top. In my opinion, this amp is the best bang for the money. i loved this amp so much that i ended up buying the amp that follows below.

Pass labs 250.8: What can i say here. This is THE BEST STEREO AMP i have ever heard. This amp destroys all the amps i have listed above today to include the pass labs 350.5. It is a refined 350.5 amp. It has more 3d sound which is something the 350.5 lacked. It has a level of detail that i really have never experienced before and the bass was amazing as well. I really thought it was the most complete power amplifier i have ever heard HANDS DOWN. To me, this is a benchmark of an amplifier. This is the amp that others should be judged by. NOTHING is lacking and right now it is the #1 amplifier that i have ever owned.

My current amps are Mcintosh MC601s: i decided to give these 601s a try and they don’t disappoint. They have great detail, HUGE soundstage, MASSIVE power and great midrange/highs. The bass is great, but it is no pass labs 250.8 or 350.5. As far as looks, these are the best looking amps i have ever owned. No contest there. i gotta be honest with you all, i never bought mcintosh monos before because i wasn’t really "wowed" by the mc452, but it could have been also because at that time i was using a processor as a preamp which i no longer do. Today, i own the Mcintosh C1100 2 chassis tube preamp which sounds unbelievable. All the amps i just described above have been amps that i auditioned with the C1100 as a preamp. The MC601s sound great without a doubt, but i will say that if you are looking for THE BEST sound for the money, these would not be it. However, Mcintosh remains UNMATCHED when it comes to looks and also resale value. Every other amp above depreciates much faster than Mcintosh.

That said, my future purchase (when i can find a steal of a deal) will be the Pass labs 350.8. I am tempted to make a preliminary statement which is that i feel this amp could be THE BEST stereo amp under 30k dollars. Again, i will be able to say more and confirm once i own it. I hope this update can help you all in your buying decisions! 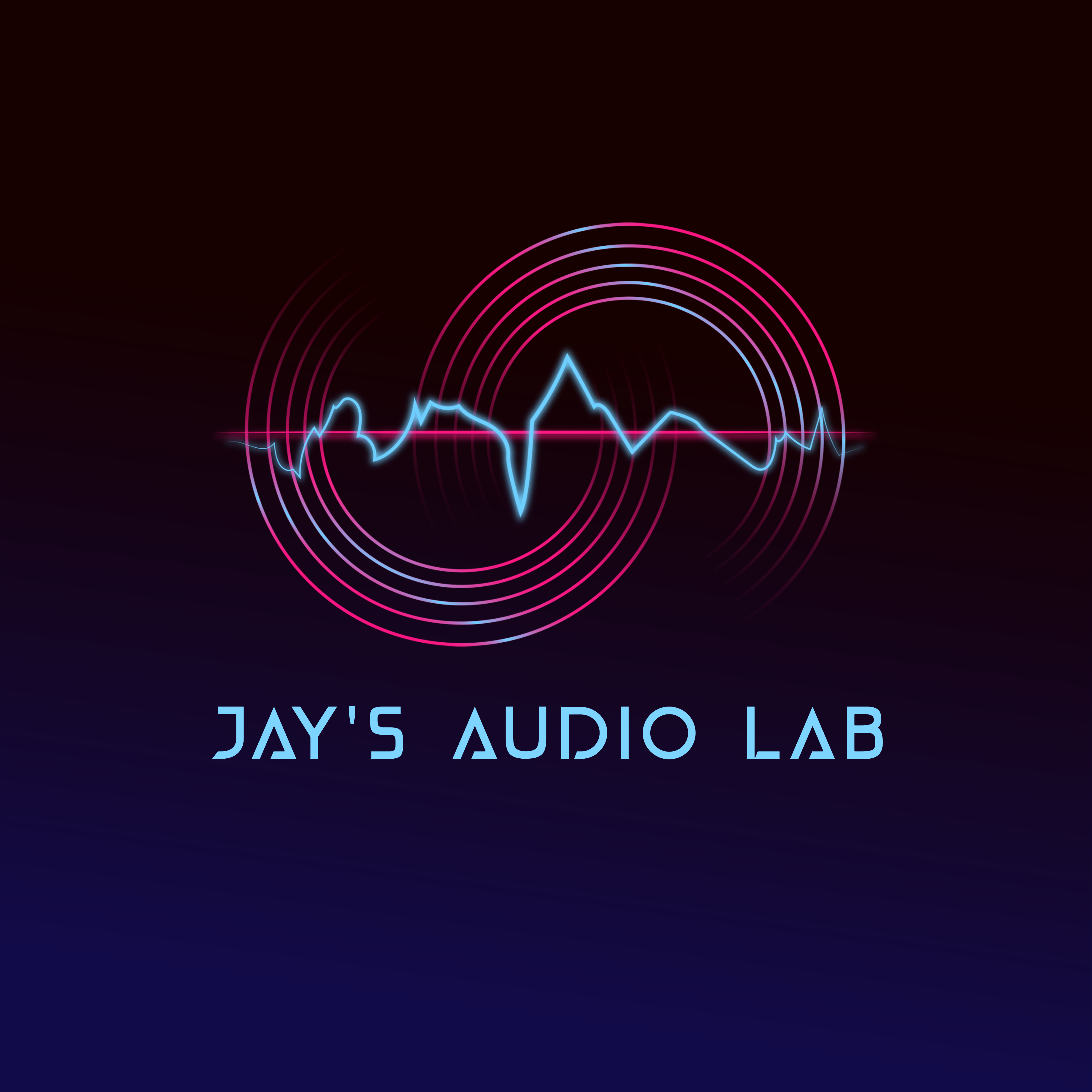