I hope you all can imagine me shrieking magicos like a little kid who was given a gift he thought was unattainable...but without the squeaky voice....and of course they were not a gift, although certainly a fair deal. maybe i am not as happy as that little kid but its pretty cool. i figure if you get the a line at 35 I can scrape my way to the s line by 40 and be set to make some really stupid decisions later on...which is great.

the only problem in paradise is that I literally just got spendor 9.2s and i spared no expense on the line..they have this unique mix of accuracy, fun, and a response to electronics that has surprised me. So i must keep both of course...

i got the magico beginners kit, a3s, and they will be going in a medium room that is likely a touch small for them. they are replacing 226bes that worked perfectly in the space. id be interested in any dream lines that consider my space but pretend budget isnt an issue. 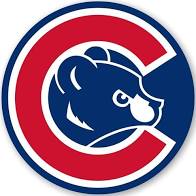