Been a long time now saying no one will ever DIY anywhere near as good as what you can buy already made. Never in a million years. Well, I have been proven wrong.

Not like I shouldn’t have known better. I Met both Caelin Gabriel and Ted Denney around 1992, back when they were not that far from being DIY’ers themselves. So it is not so much that it can’t be done, as it is just astronomically unlikely.

Okay, well so anyway that’s what I was saying, good luck you will never do it. Someone decided to call me on it, and took the unusual step of sending me a power cord to hear for myself.

This first one I got, we will call him Mr Black. I was actually quite surprised how good it was. Real solid imaging, spread across a sound stage nice and deep and wide, with plenty of dynamics and gobs of detail and extension. Only problem, no bass, the sound overall was thin and the top end extension a little too much. I let it burn in playing CD hoping it would warm up and round out but it never did get there. Captivating as the sound stage was the lack of bass and body eventually got too much and I moved it aside. Figured oh well not bad for DIY went back to my old Shunyata and sort of forgot about it.

Until he checks back, we get to talking, and he drops the bomb, “Yeah I was going for real good imaging with that one. I have much better now, way better.” Really??!?! “Would you be interested in evaluating?” Would I?!?!

So I get these two power cords, we will call them Mr White and Mr Silver. Mr White looks exactly like the first one, except white not black. Mr Silver is thinner and stiffer, almost too thin to be your typical audiophile type power cord. With nothing else to go by I decide to start with Mr White.

Right away, and I mean immediately, this thing is impressive as can be. All the great 3D imaging, incredible speed and resolution of Mr Black, only Mr White is superbly balanced top to bottom. This has me pretty gaga, not least because this is straight out of the box. It was late, I was pressed for time, just thought what the hell might as well get this over with. But now I am sitting here trying to understand how any power cord - let alone one some guy made at home - can be doing this to my system.

Couple days later I am calling and being told yeah, friend had a Nordost Odin 2 to compare and this is at least as good. ? I have never heard Nordost Odin, 1 or 2, but by now I am finding it hard to argue.

What am I hearing, with 10 maybe 20 hours on it? The Holy Grail of audio, at least as far as I’m concerned, is infinite speed with zero edge. Nothing really does this. Everything super fast always winds up being etched, or hard, or thin, or hyped, or anything other than what I want which is full and round and balanced AND light speed fast. My ears are sensitive to glare and so forced to choose I will take full and round and balanced over fast. It is just a more enjoyable listening experience. All the best components in my view capture both of these sort of conflicting goals. Tekton does, with electrostat speed combined with big box fullness. Townshend does, improving perceived speed by lowering the noise floor while eliminating ringing. Herron, Koetsu- pretty much everything in my system is oriented along these lines.

Mr White is pushing on the edge of this envelope. It is even smoother and fuller now, but without losing any of the initial speed.

I actually had these before the F1 came but held off writing about them partly out of respect for Max Townshend, who is actually running a business, and also partly because it is just kind of hard to believe the darn thing really is this good. Thought maybe with the F1, which are even cleaner and more revealing than Synergistic CTS, maybe it might reveal some problems with Mr White. He is after all home-brew. Cannot possibly have the thorough vetting of a “professional” product.

But no, both these truly exceptional lengths of wire are fine together. So fine I was reluctant to try Mr Silver. Unable to comprehend how he could be better, unwilling to listen to anything less. I get spoiled fast! 😍 But I put him in there and at first thought he might be even better. But it was just the impressively palpable presence and solid stage. After a while it was clear Mr Silver is not as superbly effortlessly detailed and fast as Mr White. Not quite as good bass either. Bear in mind the bass we are talking about being "not quite as good as" is really, really exceptionally good! The main difference between the two is a bit of glare.

But when I say glare, this has to be taken in context. I never, ever thought of my Moabs as having any glare. Until they were on Podiums, at which point they were- comparatively. The glare wasn’t the Moabs, it was the ringing, now eliminated by the Podiums. Synergistic CTS never seemed to have any glare or grain- until compared with Townshend F1. Same kind of thing, a ringing that presented as a hard edge or glare is gone now, and for the better. Mr Silver is indeed a fine power cord in its own right. Just not up to the exalted level of Mr White. I suspect few, if any, are. 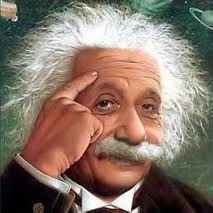