It’s been almost 4 years since I posted my findings on the EVS Ground Enhancers.  Many system changes have occurred over this time and the GH’s sort of got lost in the excitement of evaluating new gear.  A few days ago I decided to Re-evaluate some of my old tweaks that had been overlooked in my audio archives.  Tucked away in an old cable box, I found my EVS Ground Enhancers stash!  Basic ones and prototype models Ric had sent me at the time.  Recently I had been feeling like there was perhaps a tad bit of resolution that was being glossed over on some of the material I was playing.  I reflected back on the many systems I have owned and decided that something had to be done about it...but what?  Enter the EVS GH’s!  Well, through my Totem Forest Signatures being fed by my Krell Vanguard Digital, I could immediately hear a difference.  Resolution increased dramatically with a commensurate augmentation of midrange fullness and bass quality.  It was rather unsettling actually, that a piece of copper hanging off my speakers binding posts could have such an effect.  Jackson Browne live was rendered to the utmost in “you are there” detail and presence.  The GH’s delivered a virtual “Direct Mic Feed” to the Rolling Stones Unplugged recording.  I was as close to being in the venue/studio/room as I had ever experienced!  Amazing really.  So what’s the downside?  Well, on not so great material the results are a bit in your face and overly emphasized.  On great recordings, they can make the difference between loving a recording to one where the hair on the back of your neck stands up.  Quite a feat for around $30 I’d say. 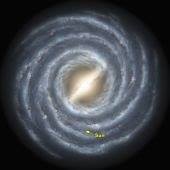