Since I recently joined EMT club I’d like to start this topic to share all information about EMT cartridges. History of this brand is amazing (read below). New series of cartridges is very impressive, you can check this catalog.

For a long time I was fascinated by EMT studio and broadcast turntables, tonearms and cartridges..... but mainly because of the design, look here.

Thanks for the recent incarnation of the TSD series with TSD 75th Anniversary models (with standard mounting, specs for 3 versions are here), because of the model SFL (Super FineLine stylus tip), I finally joined the club.

** Actually, EMT introduces the Super-Fine-Line diamond shape for the Tondose model in 1984. The stylus radius is 6 microns. Together with the change of the VTA to 23° (according to DIN IEC 98), high-frequency distortion was reduced significantly. In the 80’s the SFL version was labelled with a golden type plate.

The EMT - Founder Wilhelm Franz was born 1913 in Bremen. His professional way led him first to Berlin, where he was involved with measuring instrument development and sales. Afterwards he went to C. Lorenz AG who gave him the possibility to collect as deputy directors/conductors of the measuring laboratories a rich wealth of experience.

1940 with 27 years he created in Berlin his own company "Electrical Measuring Technology Wilhelm Franz KG" (short EMT). Highly sensitive control and measuring instruments for the messages and radio technology secured for the company soon a good reputation. The very first EMT product, a test voltmeter called the PV62, is still featured as a stylized measurement device in the company logo.

Short before end of WW 2 the company relocated to Dingelsdorf at the Bodensee and briefly later to Lahr in the Black Forest. The end of war brought also for EMT the disassembly, and so only at the beginning of 1948 the enterprise could be taken up gradually again.

The 1950 ties were a time of new-found prosperity for EMT and the company also entered into a close partnership with Swiss company Studer. For decades, the two companies established a global sales and distribution network together and equipped broadcast and recording studios with premium products from both of their ranges.

For Hi-Fi insiders best-known products are probably the record players:

 XSD 15 mc-system with tonearms with SME standard connection Other equipment lines were in addition, just as important as reverberation devices, compressors and Limiter, in order to call here only some.

Many of these devices as the world-famous EMT 140 reverberation plate, the EMT 240 reverberation foil “with the golden sound” and, in 1976, the world’s first fully-electronic reverberator, the EMT 250 with digital signal processing, set yardsticks at their time and are partially also still in professional use today.

After Wilhelm Franz had died 1971, Erich R. Vogl resumed, during many years the company. 1989 EMT was sold to the Belgian company BARCO and the company arose afterwards under the name BARCO - EMT at the market. In consequence many activities of the EMT were stopped. After the development department close down, the company headquarters served the sales of the BARCO products.

Only a small core team of the earlier EMT remained active and August 2003, EMT was sold by BARCO to Walter Derrer, who comes from the pro audio range. In 2007, however, Walter Derrer lost his life in a tragic airplane crash. Since then, the company’s previous head of engineering, product- and marketing manager Jules Limon has been heading up EMT Studiotechnik alone. As single owner and managing director, he can draw on extensive experience in theory and practice. Born in 1953, the skilled radio and television electronic engineer studied marketing and management in St. Gallen and was running his own Hi-Fi studio already at the early age of 20. The Swiss also worked amongst other roles as technical manager at TEAC/ TASCAM, was in charge of exports, professional marketing and strategic reorientation “in the post-Willi Studer era” at STUDER HQ in Regensdorf, Switzerland and spent years in and out of the world’s most famous Radio-, TV- and Recording studios.

Limon’s commitment to the EMT future is possibly best reflected in the design and development of the “J” components. In fact all the developments of the Jubilee series are assignable to him. The JSD carts, based upon the professional pick-up cartridges were carefully modified particularly for Hi-Fi purposes and presented by EMT as part of the 66th company anniversary celebrations in 2006. The remarkably versatile, high-quality and extremely well engineered JPA66 Phono- and Preamplifier, released in the same year, is a striking cornerstone of the “new EMT”. Besides its two line inputs, the two-part high-end device has no less than four Phono inputs, and its complex and variable control options enable all imaginable play- back curves and pick-up cartridges to be perfectly reproduced. In the signal path, exclusively selected tubes take charge of the music signal, and the JPA66 can drive and control any power amplifier.

To celebrate the company’s 75th anniversary, specific details of the JPA66, which has been produced for nearly a decade, were improved. It was not, however, renamed, but just given a discreet Mkll. More products will enhance EMT’s 2015 anniversary year, for example the pick-up cartridge systems JSD S75 and TSD75, both of which are additions to the existing range. Under the leadership of Jules Limon, the EMT team will also continue to provide the high-end community with high- quality products which are made to last. All are produced in Western Europe, and are uniformly and painstakingly made by hand using small-scale production.


P.S. Here is an article about EMT in Russian. 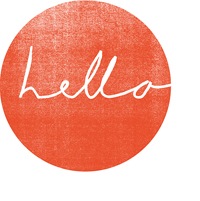