The last "component" in a large array of components in my system is going to be a room correction device. You can buy great components, but you still have that room....that room that WILL affect your sound negatively.

I am no expert, but I have done quite a bit of research on this so I thought I would share what I have learned.

I wanted a device room correction that would directly communicate in real time, as a component itself, to my system....not just software. For price, performance and features, I narrowed it down to Dirac DD-RC 2d and Dspeaker antimode 2.0. Both are about the same price as the dspeaker is on sale through December.

I have chosen the dspeaker. Here are my reasons:

1) Dspeaker does both digital and analog processing, the dirac does not. You have to buy 2 seperate dirac components to do that, thus significantly more.
2) The dspeaker has a usb input for such devices, the dirac does not
3) The dspeaker was a stereophile recomended component in 2012...2013...2014...2015...2016. Good props there for me, as well as a host of other awards including absolute sound
4) The dspeaker operates without a computer. I don't want to have to lug around and connect a laptop in order to accomplish my room correction thank you very much
5) The dspeaker has a preamplifier if that suits your taste
6) Last, but certainly not least, according to Walter of Underwood hifi, the dspeaker does its frequency correction in the sweet spot of up to 500hz. This, as Walter says, is the arena of sound badly affected by room anomalies. The dirac goes above the 500hz, but to "correct" the midrange and upper frequencies is to remove the signature sound that drove you to purchase that speaker in the first place. To "correct" the upper range is to take away from the speakers intended sound. As he states, the midrange is where about 80% of the sound is that identified you to that speaker, so you don't want to transform your b&w speaker to sound like a Martin Logan...or vice versa. So, in effect, save your signature sound, your mids and highs, because that upper range is not where the effect of the room is going to attack your SQ. 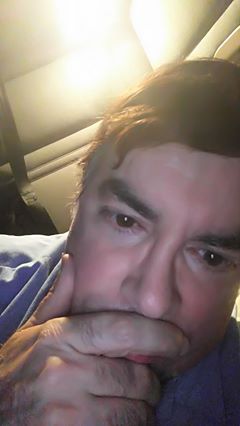