I am in a somewhat unique situation to test whether I can detect differences between digital-to analog internal chips on 2 different components. I'm requesting input on my little experiment from all the knowledgeable and interested Audiogon members prior to beginning. Before I explain my test, I wanted to give you a little background on my system since some of my older components have required replacing (streak of bad luck):

1. About a year sgo, my B&K Reference 20 surround processor conked out on me. I replaced this with a used Parasound AVC2500 processor (not the 2500U version which is newer)that I bought on Ebay for the bargain price of $130 plus shipping. It did not include the setup mic or remote but this thing retailed for $3,500 when new back in about 1990. No HDMI, of course, but I knew I could work around this.

2. Also about a year ago, my Sony DVP-S7700 DVD player's video section quit working but the CD section still worked. This model has 2 laser pickups, one for video and 1 for audio, so I thought the video laser must have gone out. I used this for CD playback only ever since. However, I just bought a used model on Ebay for $60 that arrived yesterday. It's in excellent condition and the seller stated all functions work well, although I haven't hooked it up yet to confirm this.

3. The last of my ancient pieces of equipment to fail me was my Aragon 4004 amp (original version circa 1989, not the newer MKII version). The right channel went out in December of 2012. The power supply caps had leaked and I was quoted $300-500 for replacing all the caps. I decided to try out class d, instead, and bought a ClassD Audio SDS-440SC amp that has 440 watts@ 4 ohms. I've been using this since February of this year and am thrilled with it.

So, after all of this, here is my current system:

My current opinions on the performance of this system is 'good' for 2-channel and 'very good' for ht.

Now, here is the experiment I need your input on:

Comparing the sound of the Sony's internal DACs to the Parasound's internal DAC chips to determine which sound better to me. My thought is I could isolate which dacs are being used during playback by the following:

If I setup my system as described above, my thinking is I could just play a familiar cd and, as long as the VTL's input selector is set to 'CD', I could just toggle between HT passthru settings (ht in or out) and compare the Sony dacs to the Parasound dacs. Of course, I would need to make sure that both volumes are matched.

So, what do you guys and gals think of my little experiment. Please feel free to punch holes in my 'double naught' ciphering. I won't begin this test until I get feedback and make any necessary adjustments. I just want to congadulate all those who made it through this thread to this point. Sorry for the length of my tome, but it was harder to put into words than I originally thought. Looking forward to your thoughts. I will definitely post my impressions if I can configure this experiment properly and if anyone gives a hoot. 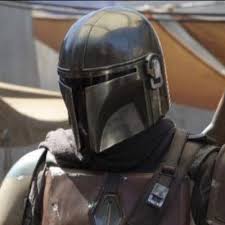