The history of AH is important to illustrate that they are not a newcomer to the industry.

The history of our firm started in the late 1940s. Rafilm National Radio-and Film technical Company was established by that time. The profile was very wide.

In 1951 Audio Voice-, and Film technical Co., which was specialized in voice technology left from it. Audio line contained sound film projecting -, and amplifying equipment’s ,which became dominant. The development turned into electro acoustics and audio technology.

Its name changed into Electroacoustic Factory, using the abbreviation EAG since 1960. Under the pressure of the German firm AEG it changed its name into BEAG (Budapest Electroacoustic Factory). The successful history of the Co. started by that time. It produced complete studios, sound systems, teaching equipment’s. Manufacturing in Nyíregyháza has developed from 1970. One of the most successful movements was the building of the full sound-system of the Moscow Olympics in 1980. BEAG, the biggest electroacoustic factory of the eastern block, broke into smaller units in the privatization period. The main line, which contained the producing of amplifiers, loudspeakers, and microphones was continued by UNIVOX Ltd.

In 1990, the old-established Budapest Electroacoustic Factory (better known as BEAG) which mainly produced PA systems, was disbanded. At this time, based on the Nyíregyháza plant of the company, Univox Kft was established. This new company continued to offer a considerable portion of the product range of BEAG, including amps for industrial use, outdoor and indoor speakers, intercom systems and microphones. This extraordinarily wide product range was available for our customers until the beginning of 2014. In 2014, Univox Kft was bought by Audio Hungary Kft which perpetuated the name UNIVOX as a brand name. The production range did not cease to exist, but the number of products went significantly down.

Due to the fusion of the two companies, the huge body of this acquired knowledge and production experience enabled to create and produce premium category audio products. Following the most possible recent electrical and mechanical engineering solutions, by the first quarter of 2015, our specialists, relying on their considerable hands-on expertise—and complemented by the young engineering team of Audio-Hungary Kft—came up with the very first amp of the company, designed under supervision of the new management: the UNIVOX APX 200 tube power amp. This is our way of paying tribute to the appliance APX 100 of the company BEAG which now has been rendered into a remarkable piece of home consumer electronics by us.

When engineers at Audio-Hungary were trying to get the measurements for their amplifiers as perfect as possible, Laszlo Fabian decided to train the ears of the engineers by exposing them to natural sound via live symphony concerts. That’s the kind of bold and different thinking that has led the company’s Qualiton brand of tube amplifiers and preamplifiers to quickly gain recognition in the European high-end audiophile market

Build Quality: Right off the X200 exudes quality. It is a heavy integrated and it weighs in at 23 kg (50.6lbs) and the remote control a massive piece weighs in a ¾ of pound according to my fish scale. So, I have established that the X200 is built lake a tank and yet as a standard footprint for integrated amps of this type. The X200 is in the same size range as my Raven Blackhawk 3.1 and only slightly larger than my Quicksilver Integrated and for that matter my SS amps like the Moon by Simaudio 340ix and my 600 v2 are about the same dimensions 43 x 47.5 x 20 cm.

Setup: Unboxing the X200 was a task. I think a few other manufacturers should take a Q from the packaging engineers at Audio Hungary. This integrated was packed in a double wall corrugated cardboard box that is stapled together not taped, though all seam were taped. Specifically engineered foam insert to cradle the tubes and integrated amp line the box and ensure to isolate any vibrations or impacts when shipping. The box was shrink wrapped and there was at least a ¼ of an inch of shrink wrap cocooning the box.

So, once I got the package opened, I removed the manual, power cord and tubes. Below is the list of the supplied tubes.

I installed the tubes per the extremely well written and exact owner’s manual. I am not going to bore you with the detail, but the tubes are all matched and the power tubes will need to be installed as indicated on the tube box and manual. I have linked the manual to this review. https://audiohungary.com/files/productpdfs/x200users-manual.pdf

Bias was perfect and setting bias on this unit is a piece of cake and all adjustments are done from the front of the unit and no meters are needed Green is go, Blue or Red mean adjust your bias.

I talked to Constantin @ https://www.atelier13-usa.com/audio-hungary-qualiton and he said just run a few heat cycles though the tubes and transformers and you should be good to go. Unlike Solid State or Hybrid Integrated Amps the time frame should be more compressed. I know with my Pathos Integrated and Simaudio it was like 500 plus hours.

Fired up the Moon 280D Mind 2 and played several rock playlists on Roon/Tidal for 48 hours cycling the gear on and off in 8-hour shifts. Yes my wife thought I lost my mind.

Okay let’s talk about the 100 watts of A/AB PP Tube Sound from this wonderfully engineered machine.

The Qualiton X200 was built with the ANALOG GUY IN MIND. This machine is just as talented in the digital arena so the DIGITAL GUY’s will love it too.

The X200 is equipped with a MM Phono Section that will work with your HV MC cartridges. I have a lovely Lejonklou Gia 2 MM phono section that that is connected to a Clearaudio Concept Black with Concept tonearm and Nagoka MP200 cartridge, yep I am one of those guys that loves MM cartridges. At some point I will try the X200 installed phono section but that is for another day.

The X200 also several features that are highlighted here:

The Qualiton X200 is designed to serve analog enthusiasts who need a combination of a high-performance vacuum tube power amplifier and a versatile preamplifier, along with sophisticated technical details, built into a single chassis. In this way, perfect matching is achieved - both sonically and technically - between the main signal processing sections.

The most important aspect of the design process was to meet the widest possible range of user needs in a compact footprint. All internal circuits were designed from scratch, avoiding the usual clichés throughout, to create a complete all-rounder.

The low noise analog front-end is built around a wide-band and transparent circuit and features a phono preamp with enhanced precision too. Line level and subwoofer outputs are an absolute necessity in this category, and these ports are included on the back.

We’ve added a real specialty too: a built-in, studio grade Parallel Equalizer. This kind of tools is primarily used as a master channel effect in recording studios, to bring fresh air into the mix, as a finishing touch. We’ve found that this effect can also be a huge help at home as well, as it can breathe new life into certain, not so vivid records.

So I queued up a few albums to see how the analog feature worked. Well work it does and how. No matter what I played I was in musical haven even listening to an old worn out copy of The J Giles Band “LIVE FULL HOUSE” using the equalization curves did not make this record sound new but made it enjoyable playing with the curves and making this piss poor engineered record sound fuller and well like I engineered it (joke).

Overall the thing that really stood out no matter the source was how quite, black, dead silent the background was. The music stood out and it was if you are there at the studio or concert hall. Detailed, transparent, all the cliches that every reviewer uses.

I am just going to say this the Qualiton X200 Integrated KICKS ASS!! Musical, Delicate, Rocks when you want it to and is one of the best tube amps I have ever owned and I have owned a pile of them Mac, AR, Raven, Pathos, PL, and none of them IMMERSED ME IN THE MUSIC like the X200.

King Crimson, In The Court Of The Crimson King an Observation by King Crimson Atlantic org 1969 pressing

Queens Of The Stone Age, Songs For The Deaf

Marvin Gaye, Let’s Get It On

Pat Metheny, From This Place

Norah Jones, Pick Me Up Off The Floor 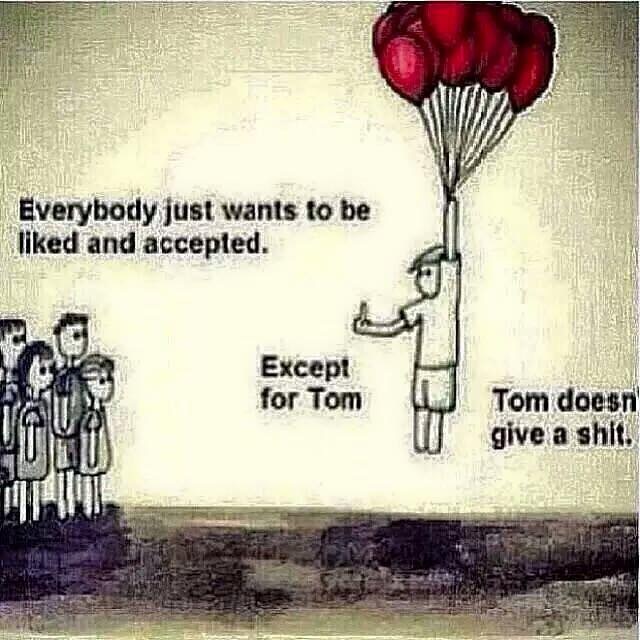